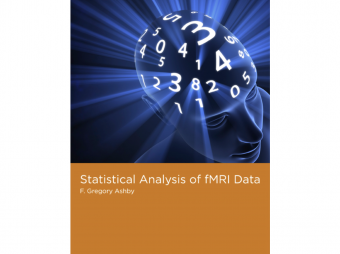 Functional magnetic resonance imaging (fMRI), which allows researchers to observe neural activity in the human brain noninvasively, has revolutionized the scientific study of the mind. An fMRI experiment produces massive amounts of highly comples data; researchers face significant challenges in analyzing the data they collect. This book offers an overview of the most widely used statistical methods of analyzing fMRI data. Every step is covered, from preprocessing to advanced methods for assessing functional connectivity. The goal is not to describe which buttons to push in the popular software packages but to help readers understand the basic underlying logic, the assumptions, the strengths and weaknesses, and the appropriateness of each method.

The neccessary mathematics is explained at a conceptual level, but in enough detail to allow mathematically sophisticated readers to gain more than a purely conceptual understanding. The book also includes short examples of Matlab code that implement many of the methods described; and appendix offers and introduction to basic Matlab matrix algebra commands (as well as a tutorial on matrix algebra). A second appendix introduces multivariate probability distributions.

"Understanding the complexities associated with the generation of brain function images is essential, but this information is often difficult to obtain. This lovely new book by Ashby is a major step in meeting that need. I recommend it with enthusiasm to new initiates to imaging as well as seasoned veterans."

"This book covers all major fMRI analyses with a level of mathematical depth that is appropriate for cognitive and brain scientists with some background in statistics. The author has the rare ability of explaining complex issues using intuitive and engaging prose. The perfect balance between conceptual intelligibility and mathematical rigor makes this an ideal textbook for undergraduate and graduate courses."

Box 3.2: Convolve an hrf with a boxcar function to create a predicted BOLD response

Box 4.1: The sinc interpolation of a difference-of-gammas hrf

Box 8.2: Compute the power spectrum of a BOLD response