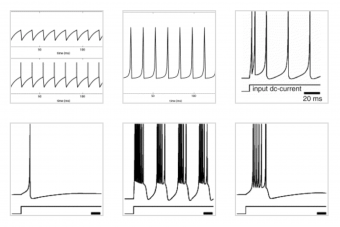 A multitude of abstract models are possible to invent to explain a single cognitive process, and often these are equally successful. How do we then select the one that captures the nature of the phenomenon we are interested in? One step forward is to render these models more concrete by requiring the addition of biological realism. To this end, Computational Cognitive Neuroscience (CCN) was created, a new modeling approach that simultaneously accounts for behavioral and neuroscience data.

Like traditional connectionist approaches, a major goal of the CCN approach is to account for behavior, however, the neurobiological detail included in CCN models adds useful constraints. As a result, researchers independently modeling the same behavior are more likely to converge on highly similar models with this new approach. Furthermore, independent CCN models of different behaviors may converge on common brain regions, and hence uncover relationships among seemingly unrelated behaviors.

1. The Neuroscience Ideal: A CCN model should not make any assumptions that are known to contradict the current neuroscience literature.

3. The Set-in-Stone Ideal: Once set, the architecture of the network and the models of each individual unit should remain fixed throughout all applications.